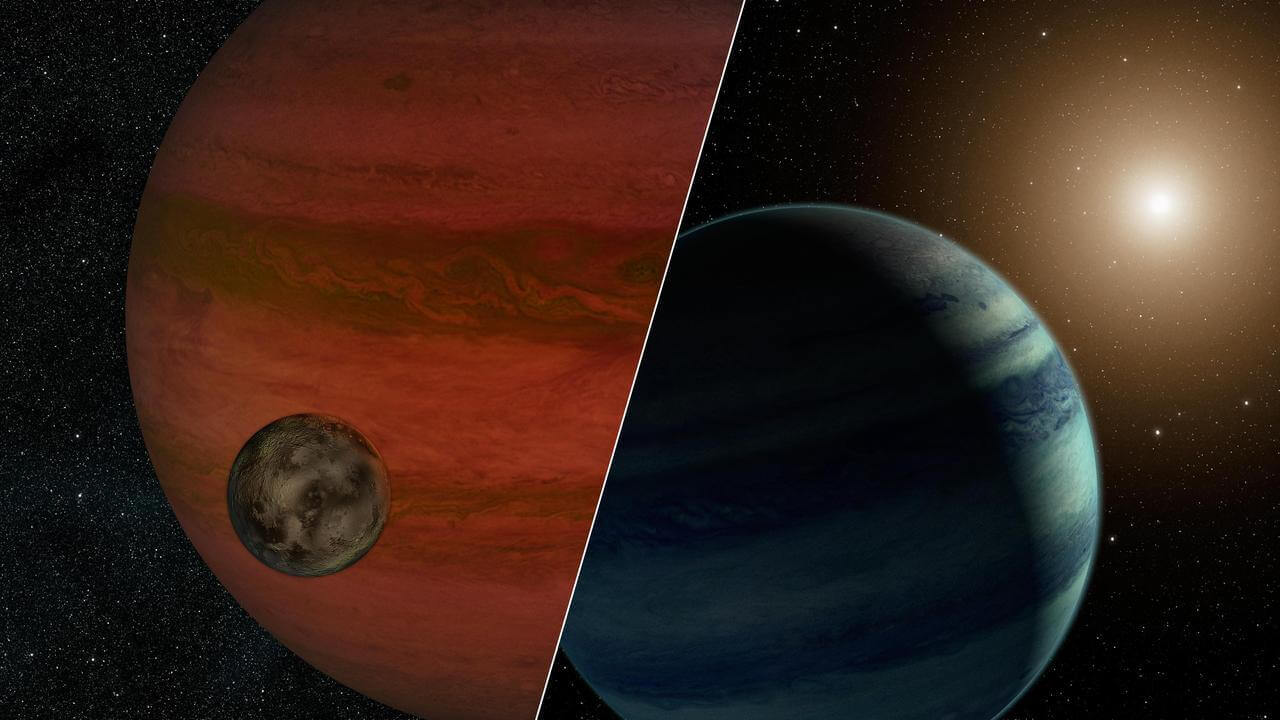 Some people are curious about the moon. They may wonder how it got there or why we have moons. Alternatively, many people are so used to the moon in the sky that they ignore it—never asking questions about the rock orbiting around our planet.

When observing planets in our solar system or galaxy, it’s notable most planets have moons. Questions developed around if planets need a moon and why some planets have fifty while others don’t have any.

The studies on the moon have revealed its effects on life and how it affects our planet. There may be more to moons than just an orbiting rock. But what about other planets? Why do planets have moons?

How Do Planets Get Moons?

Some planets have moons due to impact or capturing. Moons were sometimes created during the planet’s formation. After space rocks or objects impacted the planet, debris would break off, or the rock itself would get caught in the gravitational pull, becoming a moon. Scientists believe Earth’s moon resulted from an impact with a Mars-sized object. Although the most common theory, there are different ones to how our moon came to be.

Some planets also captured moons by pulling in passing objects like meteoroids. Planets in the solar system can still capture moons, but it’s most common for the outermost planets.

Why Do Some Planets Have No Moons?

The number of moons a planet has is directly related to its location in the solar system and size. Mercury and Venus are the only two planets without a moon. These two planets don’t have moons due to their smaller size and closer proximity to the sun. While these planets were forming, the sun’s gravitational pull was strong enough for the debris that would’ve likely turned into a moon to get pulled away. This debris got absorbed by the sun.

Planets orbiting further in the solar system and distant from the sun did not have this issue. While forming, the excess debris didn’t get pulled away by the sun’s gravity. These planets kept their debris, which is why they have more moons.

With our current understanding, most planets do not need moons. Planets do not inherently need moons because all planets we are aware of, aside from Earth, don’t support life. The moon is crucial to life on Earth. The moon controls the ocean’s tides and stabilizes the Earth’s spin axis and tilt. Without it, all biological cycles would be disrupted, and the world would no longer be an ideal environment to sustain life.

Earth’s moon has a radius larger than a quarter of Earth’s, much bigger than most moon-planet ratios. Recent studies have led scientists to believe that larger moons could be the differentiating factor for a planet to sustain life.

The search for Earth-like planets that could, or are, sustaining life has historically prioritized planets six times Earth’s mass. Instead, scientists are turning to smaller planets with similar moon-to-planet ratios as Earth.

What Would Happen Without the Earth’s Moon?

Without consideration, many people aren’t fully aware of the moon’s effects on Earth. We know the moon affects the ocean’s tides, but does it help support life?

The moon’s gravity stabilizes the Earth’s tilt on its orbital axis. While rotating, the Earth sits at an angle of 23 degrees. Without the moon acting as a stabilizer, the tilt could vary greatly. At first, this may not seem like an issue until considering that the Earth’s tilt controls our seasons.

We likely wouldn’t be able to grow most of the plants we currently rely on to survive. There may be a small, relatively temperature-stable location to grow some food. Still, it wouldn’t be enough to sustain the population.

The moon heavily influences the Earth’s tides. Without a moon, earth tides would be approximately 1/3 the size they currently are. All the sea life that relies on them to survive would immensely struggle. The moving tide creates something called tidal friction. The friction happens when the tidal wave moves on the Earth’s surface. This effect slightly slows the rotation of the Earth.

Without this slower rotation, days on Earth would be 6-12 hours long. Instead of 365 days a year, there would be over a thousand. Less daylight would also negatively affect the biological cycles of animals and plants.

You’ve probably noticed how bright a full moon can be, especially on clear nights. Light reflected off the moon at night considerably lights the Earth’s surface. Scientists say nights on an earth-less moon without artificial light would be incredibly dark.

If this alternate, earth-less moon did develop life, it wouldn’t be anything like we know life to be. If the moon suddenly disappeared, there would be devastating consequences for life here on Earth. A chain reaction would get set off, forever changing the livable planet as we know it.

All developed biological cycles in place and thriving on Earth would change. Life, as it is today, would no longer be supported on Earth. Evolution would not be able to adapt to the changes fast enough. It’s unknown that without a moon, life would’ve evolved at all.

Conclusion: Why Do Planets Have Moons?

You may appreciate the moon a bit more now, knowing how it helps sustain life. The answer to why planets have moons is relatively simple. The planets have moons (or don’t) due to how they formed, their location, and gravitational pull.

As our technology and the instruments continue to improve, there are endless possibilities. With each passing year, more moons are discovered. More moons and information about them will likely continue to be found.

Who knows what future discoveries will be made about moons. Maybe finding more about moons will unlock the key to finding life in our universe.