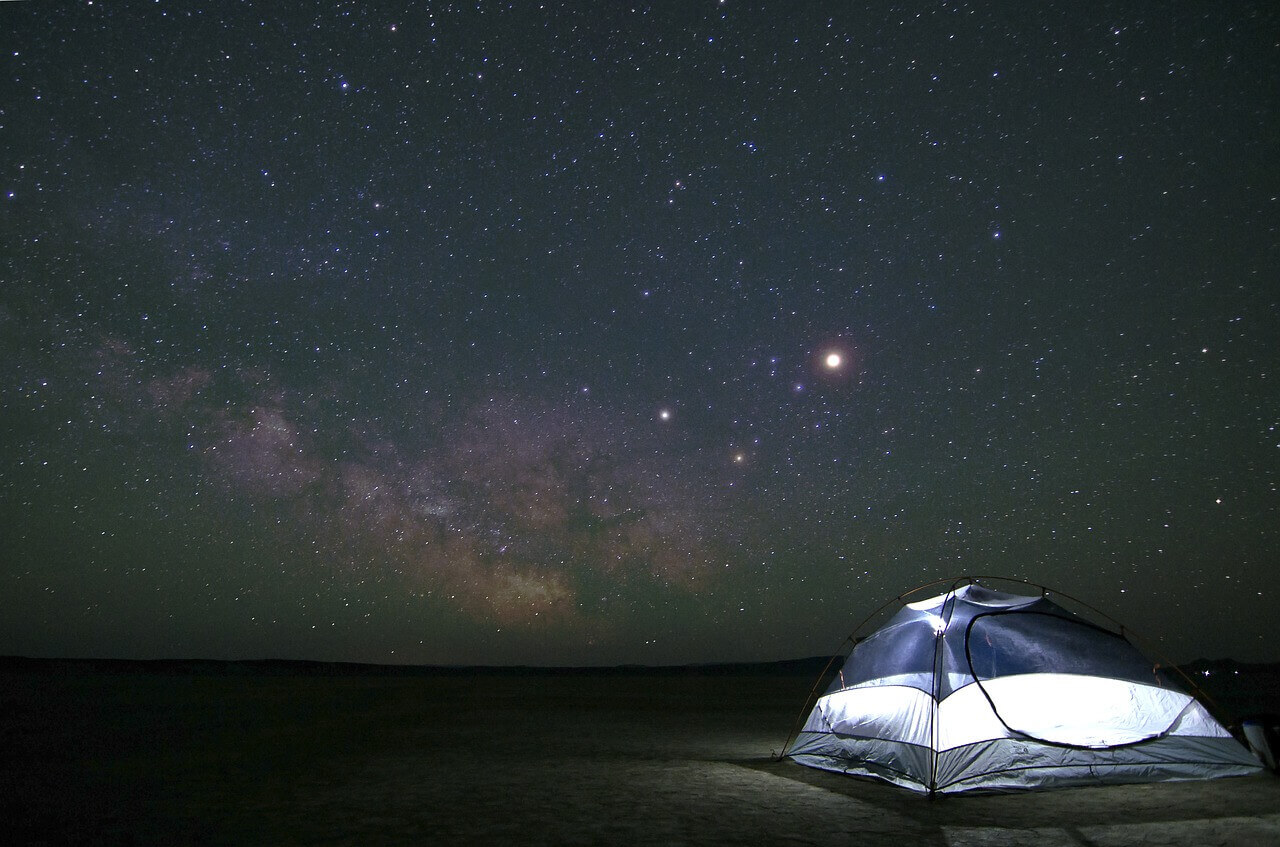 You aren’t crazy if you think you’re seeing blue, twinkling stars. It isn’t your eyes playing tricks on you. Upon closer inspection, you might notice some stars flickering between red and blue, or some were not twinkling. You aren’t the first to ask, “why do the stars twinkle?” Twinkling stars have created wonder on Earth for centuries, even having a nursery rhyme.

You might be surprised by the explanation why stars twinkle has everything to do with our planet. Some people find that the star’s twinkle adds to their mystery and beauty. At the same time, astronomers consider them annoying and a nuisance. So why do stars twinkle?

Why Do Stars Twinkle?

Stars are very far from us. Aside from our star, the sun, the nearest star to Earth, is 4.7 light-years away. That’s 42 trillion kilometers! Stars can be bigger or smaller than our sun, as the sun is considered an average-sized star. The distance between the stars and Earth is why they are such small, concentrated points of light. Space is vast and empty, so light traveling through it can travel in a straight path and has little to interrupt it. Before we’re able to see the starlight, it must get through the Earth’s atmosphere.

Earth’s atmosphere has five different layers. These layers all have different temperatures and densities. You probably know that hot air rises; hot air is not very dense while cold air is very dense.

The atmosphere is constantly moving due to varying densities and temperatures. As the dense hot air rises in the atmosphere, an empty vacuum isn’t left in its place. Other cool, denser air rushes in to take its place. This causes turbulence. This is the same turbulence you can feel on a plane!

When starlight reaches the atmosphere, it can no longer travel in a straight line. The light must go through this turbulence before reaching our eyes. As the light travels through turbulence, it gets bent and bounced around by the atmosphere, which is called refraction.

A beam of light produced by the stars is not a single object but is made of streams of photons. As the light gets refracted by the turbulence, some of the photons’ direction changes, and it becomes dispersed. When these light rays get dispersed, some may reach your eye while others miss them entirely. The dispersion is why stars appear to flicker and change brightness, even though they’re a constant light.

When the photons become scattered, we sometimes don’t see all the light from the star. This gives stars the appearance of a flicker or twinkle. In astronomy, this is called scintillation, the fluctuations in a bright star due to atmospheric effects.

Why Do Stars Twinkle and Planets Don’t?

The larger beam of light has more photons traveling through the atmosphere simultaneously. More light paths get taken through the turbulent atmosphere over a greater area than stars. There’s always light reaching your eyes. Some photons are inevitably bent and scattered, missing our eyes entirely. Despite the refraction, there’s still enough light reaching our eyes from the light that the planet doesn’t twinkle.

Overall, it is so bright that any refraction doesn’t take away from it, which is why there’s no twinkle. Imagine the light from a planet as a very close group of five tiny stars. If two of the star’s light rays get scattered by the atmosphere, the other three are still bright enough that it doesn’t visually have any effect. That is essentially how the light from planets works.

Why Do Some Stars Twinkle More Than Others?

Since stars are in space, all starlight must go through the Earth’s atmosphere before reaching your eyes. If all starlight travels through the atmosphere and gets refracted, what causes some stars to twinkle so much more? It all has to do with their location and your perspective.

Earth’s atmosphere has five layers, reaching very far toward space. Measured from the Earth’s surface straight outward to space, it’s either 100km or 100,000km wide, depending on if you include the outermost layer, the exosphere. Light from stars directly above from your perspective has less atmosphere to travel through before reaching you. Stars closer to the horizon have a considerable distance to travel through the atmosphere.

The further light travels through the atmosphere, the more it gets refracted. As the light gets bounced around more, it leads to more light missing your eyes, meaning more twinkles. The scintillation can make viewing stars in a telescope or photographing them very difficult. Although the twinkling stars may add to their beauty in the night sky, the twinkle wreaks havoc for astrophotographers and astronomers.

Why Do Stars Twinkle Red and Blue?

Stars twinkle because of the atmosphere, but how do they change color while twinkling? The light given off by stars is typically white. White light contains all colors of the rainbow. The colors travel in different wavelengths. As stars’ light gets refracted by the atmosphere, some rays or wavelengths become scattered. You may recall diagrams of white light traveling through a prism sending light colors in different ways from science class!

The different colors of light often go in different directions. Depending on the wavelength that reaches your eye, it can cause the star to twinkle as a point of red or blue light. Since the atmosphere causes the light’s path to change constantly, the star can flicker between appearing blue or red. This effect is called chromatic aberration. Stars that twinkle strongly are more likely to exhibit chromatic aberration.

You may also notice stars with subtle colors. A star’s color depends on its surface temperature. The hottest stars are blue, with temperatures up to 40,000ºC. The colder stars generally sit around at 3,000ºC and are bright red. Scientists have even discovered stars that are no warmer than a summer day! Stars in between burn orange or yellow. Even though it’s faint, you could be getting a glimpse of a star’s actual color.

Conclusion: Why Do Stars Twinkle?

Humans spent centuries wondering about twinkling stars. Thankfully, science has and continues to evolve, answering all of our questions.

The twinkling stars can be credited to the physics of light and our planet’s atmosphere.

Next time you observe the stars, their twinkle may be even more noticeable now that you know why it’s caused. See if you can spot the still planets and the differences in stars closer to the horizon. If you look for it, you may even be able to see the faint actual color of some stars.