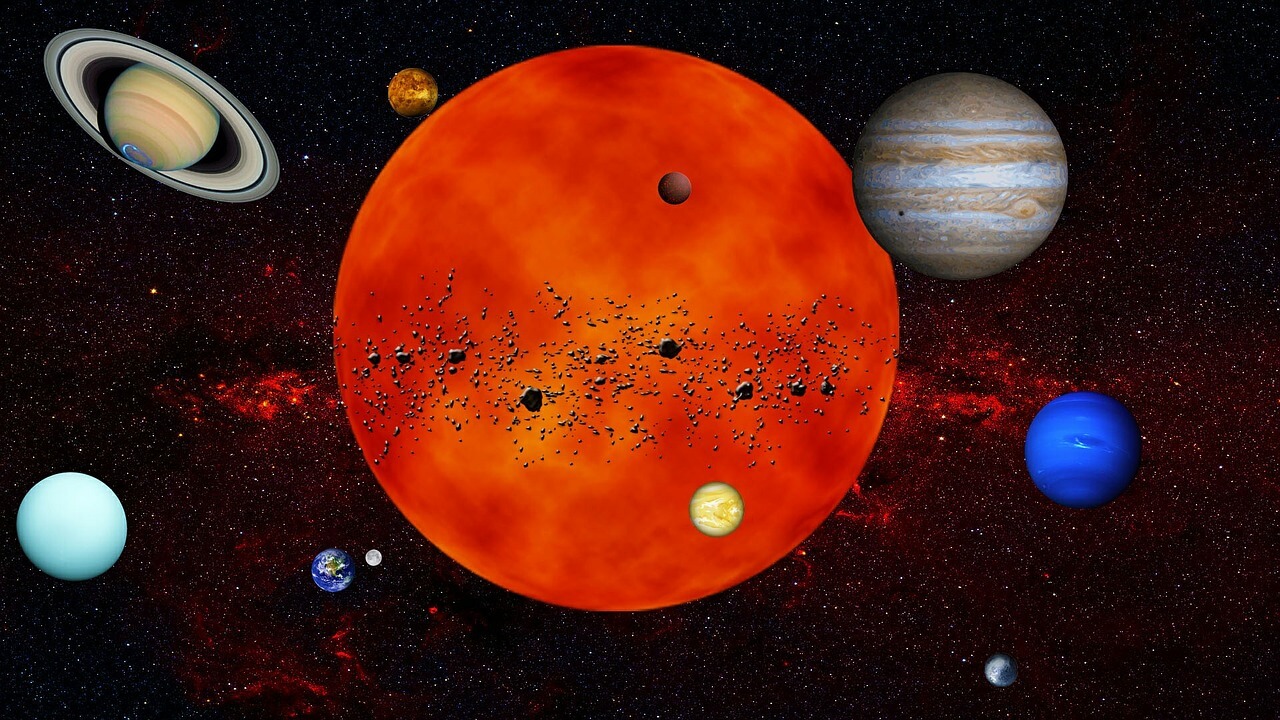 There are eight official planets in the solar system, each of which differs from the other on the basis of several elements such as their composition, their conditions and their size, among others.

On the basis of size, what are the planets in order from smallest to largest? The order proceeds from Mercury, Mars, Venus, Earth, Neptune, Uranus, Saturn and ends with Jupiter, the largest planet.

Let’s take a more detailed look at each of these planets below in terms of their radius and features.

What Are the Planets in Order from Smallest to Largest?

Through this section, you can go through all the planets, smallest to largest and what characterizes them and their size.

Mercury is the smallest planet in the solar system. It has a radius of 1,516 miles and is nearly one-third the size of Earth. In fact, its size is only slightly larger than that of Earth’s Moon.

It is also the planet that is closest to the Sun and can orbit the Sun in roughly 88 Earth days, which is also the shortest time period among all the other planets.

Mercury also has several craters on its surface, pointing to the fact that the planet has not been active in terms of its geology for a long time now. In addition, Mercury has an axis tilt that is the smallest in the solar system as well.

Mars comes second in the order of the smallest to largest planets. It is also the fourth planet in the solar system in terms of distance from the Sun while being situated quite close to Earth in relative terms.

Mars has a radius of 2,106 miles and is nearly half the size of Earth itself. This planet takes approximately two Earth years to complete a single orbit around the Sun.

Mars has several characteristics that make it similar to Earth. These include the presence of seasons, deserts, valleys, polar ice caps and more.

It also has several extinct or inactive volcanoes that suggest that the planet was once active. There have been and continue to be several expeditions that explore the characteristics of this planet.

Mars also has various craters along with a thin atmosphere. It appears reddish in color due to the presence of iron oxide. The temperature on this planet ranges from −143°C (or −225°F) to 35°C (or 95°F).

Venus is the third smallest planet in the solar system and is the second planet in terms of its location near the Sun. This planet takes 225 Earth days to orbit the Sun, which means that one year on Venus is equivalent to 225 Earth days.

Venus is also the closest planet to Earth and is similar but slightly smaller in size. Being so close, it is possible to view Venus from Earth even during the day. It has a radius of 3,760 miles and tends to spin at a slow rate on its axis. It also does this in a different direction as compared to most other planets in the system.

Venus is also the hottest planet since it comprises a thick atmosphere with a high carbon dioxide content that can trap heat from the Sun. The temperature on this planet goes up to 475°C (or 900°F).

Earth is the third closest planet to the Sun. It has a radius of 3,959 miles, making it slightly larger than Venus. Earth usually takes 365 days to complete a single orbit around the Sun, making this time period equivalent to one year on Earth.

Earth has one moon and many moon colors. Earth is also the only planet in the solar system that has water. In fact, most of Earth’s surface is covered with water. Earth also has a tilted axis of rotation which results in the occurrence of multiple seasons on the planet.

In terms of the inner or terrestrial planets (Mercury, Venus, Earth, Mars), Earth is the largest of the four. It is also the densest planet among all eight planets.

Earth is also the only known planet that supports life and has seen several changes and extinctions across its 4.5 billion years of formation.

Neptune is the fourth-largest planet in the solar system and is the eighth and farthest planet from the Sun. It has a radius of 15,299 miles, making it 3.9 times larger than Earth.

Neptune takes nearly 165 Earth years to complete a single orbit around the Sun. Despite its large size, Neptune is not visible to the naked eye since it is situated so far away.

Neptune is the densest among the other giant planets in the solar system. It has 14 moons and mainly has helium and hydrogen in its atmosphere. It is also known as an ice planet.

Uranus is the third-largest planet in the solar system and is the seventh planet in terms of distance from the Sun. It has a radius of 15,759 miles, making it slightly larger than Neptune but nearly four times larger than Earth.

Uranus takes 84 Earth years to complete an orbit around the Sun. It also tends to rotate on its axis at a nearly 90-degree angle.

Uranus is another ice planet like Neptune. It has 27 moons and is also the coldest planet in the solar system with its lowest temperature falling to −224°C (or −371°F).

Saturn is the second-largest planet among the other planets in the solar system. It is also the sixth planet from the Sun. Saturn has a radius of 36,184 miles, making it nearly nine times larger than Earth.

Saturn is a gaseous planet, making its density much lesser than that of Earth. Yet, its volume makes it extremely large, being equivalent to 763 Earths.

Saturn takes 29.45 Earth years to complete an orbit around the Sun. It has 82 moons and is known for its complex and multiple rings surrounding it.

Jupiter is the largest planet in the solar system and is the fifth farthest planet from the Sun. it has a radius of 43,441 miles, making it 11 times larger than Earth.

Jupiter is also a gaseous planet and has a mass that is significantly more than the combined mass of all the other planets in the solar system. Jupiter takes 11.86 Earth years to complete its orbit around the Sun.

It has 79 moons and an atmosphere that is mainly composed of hydrogen and helium. It is known for its Great Red Spot that is even bigger than Earth as a planet.

That brings us to the end of this article through which we have answered the question—what are the planets in order from smallest to largest? To sum up, the order starts off with Mercury as the smallest planet, followed by Mars, Venus, Earth, Neptune, Uranus, Saturn and finally, Jupiter.

We have also looked at each of these planets in detail by exploring their radius, their distance from the Sun, their main characteristics, their orbit period, their atmosphere and more.

It is important to note that research about each of these planets continues to take place and will likely continue in the future as well.