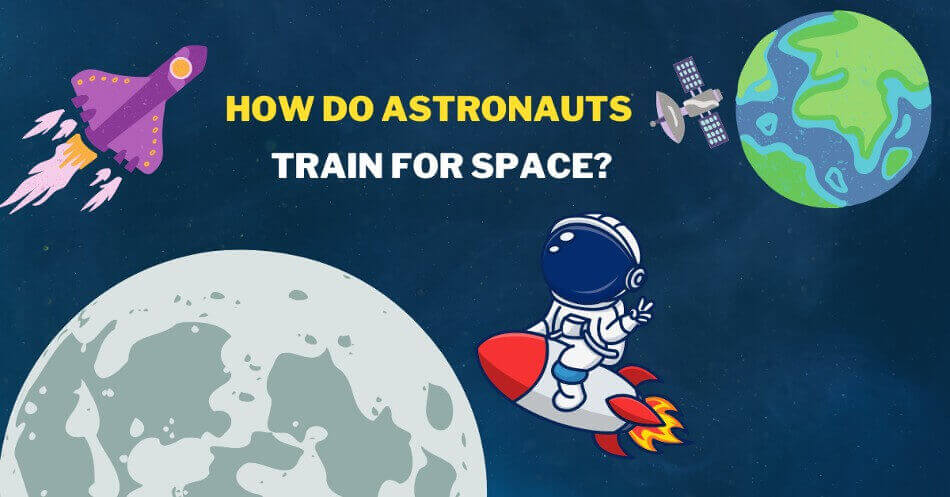 It has become a frequently searched question and is a source of attraction for those who are planning to become an astronaut in the near future.

If you ever sat on the roof of your house and looked at the countless stars or the moon and wondered what it’s like up there, you’ve probably thought of being an astronaut or what they experience out there in outer space.

Now, we might not all be able to go there or do that, but thanks to technological advances, we can read and watch videos and imagine what it’s like. If that didn’t satiate your hunger and you’re out here looking for more details, you’ve certainly come to the right place.

We dug around and found out about all the things astronauts do to prepare to go to space, the journey of a lifetime. The contents we will cover in this article are as follows.

What Does It Take To Be An Astronaut?

We can all imagine what it takes to get to the point where one is selected to go into space on an actual mission. But if you’ve seen documentaries or movies on this subject or just used your common sense, you know that the real challenge, in many ways, begins after being selected.

It’s an exciting day when one gets the news that they’ve been chosen to go into space. But did you know that they have to go through a couple of years of training to become completely qualified to go on that ride?

As you would imagine, they have to learn a lot of things about the shuttle they are about to go on. They also need to learn about the International Space Station and how to work with the team on the shuttle and on the ground as well. These are matters of life and death, and it’s not hard to imagine why rigorous training is important.

And when they’re out there, sometimes they will have to talk to the mission control centers of other countries. And that’s why they need communication skills as well. So apart from all the science lessons that you know they will be taking, the astronauts also go through public speaking lessons.

It also shouldn’t be surprising to you that they go through medical training. And on top of all that, there is survival training for those emergency situations we see in every space movie (yes, we’re talking about Gravity here).

In real life, it’s nothing like the training sessions we’ve seen in the movie Armageddon.

This is the first step in their training. They learn about the transportation system after being selected as a candidate for space travel. At this stage, they prepare themselves by going through manuals and learning about the propulsion system and environmental factors connected to the operation of the Orbiters they will have to deal with once they are in space.

This is the second step when each astronaut gets an instructor. Together, they go through the process of the subsystems of each of the Orbiters they will have to operate.

The instructor helps them create checklists like the ones they will have to create while on the mission. These lists have details of the operations, and what is to be done in case there is a malfunction. After this phase, the astronauts will be able to operate every system they will handle on the mission.

They will also be well-equipped to identify and rectify malfunctions after the SST phase comes to the SMS phase.

This is the third phase when the astronauts learn about the vehicles that will be on board their shuttle. They will learn how to operate these vehicles, which include the five big flight phases, which are as follows:

This phase also includes training for the steps in between, which include:

They will also go through training with two more simulators, where they will learn about operating equipment with a motion base and a fixed base. What’s the difference?

Well, the crew for the fixed base goes through payload training along with training for launching the descent and landing. They use a system that generates images digitally, which provides cues for what’s happening outside the windows for the duration of the mission.

So, this crew will learn about the payloads, stars, the Earth, and also the landing runway. Basically, the whole crew will go through a simulator that replicates the entire mission from the launch on planet Earth to landing at the destination, wherever that may be.

The motion base crew, on the other hand, trains both the pilots and the commanders with regard to the launch, descent, and landing phases of the mission. This crew also gets cues from a motion system that communicates the angles for launch and ascent.

This motion system is called 6 degrees of freedom, and it tells the crew about rotating the deck to 90 degrees for lift-off.

This phase of the training is done with generic software, and it goes on till the flight is 10 months away. Once you enter the last 10 months, the crew is assigned specific missions. That’s when the astronauts get on a simulator that has software specific to the training they need for the mission they were assigned.

Astronauts enter the MCC phase in the last 11 weeks of their training. This is when they train with the controllers that are actually inside the Mission Control Center.

At this point, the astronauts learn how to work with the flight controllers to solve a problem and figure out the timelines for contingency missions. After an astronaut is assigned to their mission, they spend about 300 hours in the Shuttle Mission Simulator.

Interestingly, several other tasks take place along with phase 3 (Shuttle Mission Simulator training). Who gets how much of which training depends on the mission assigned to the astronaut.

There are several mock-ups of the space vehicles they will be using. These are life-sized models that are made purely to give the astronauts the practice they need. And they do this at the Space Vehicle Mock-up Facility or the SVMF.

Astronauts use the Space Shuttle Orbiter, along with some parts belonging to the International Space Station, to get a feel of life outside this planet. It’s just about learning how to move out there.

They also learn about weightlessness and practice moving in that environment which is called microgravity. Then there is what we famously know as the Vomit Comet. It’s a place where astronauts can experience weightlessness which is why it is also referred to as the Weightless Wonder.

Astronauts will get a taste of weightlessness for 20 to 25 seconds. Sometimes that’s enough to make them sick. Hence the name Vomit Comet.

The crew also learns how to move large objects in this environment when there is no friction that pushes the vehicle back. But that can be tough because it’s hard to stop large moving objects without friction. So, they learn how to do that without the risk of floating into infinite space.

As far as the question “how do astronauts train for space” is concerned, it’s not easy getting selected for a mission. But the challenges just line up after that. And now you have got a sense of the number of things they have to learn, even after all the learning they did to qualify to go to space in the first place.