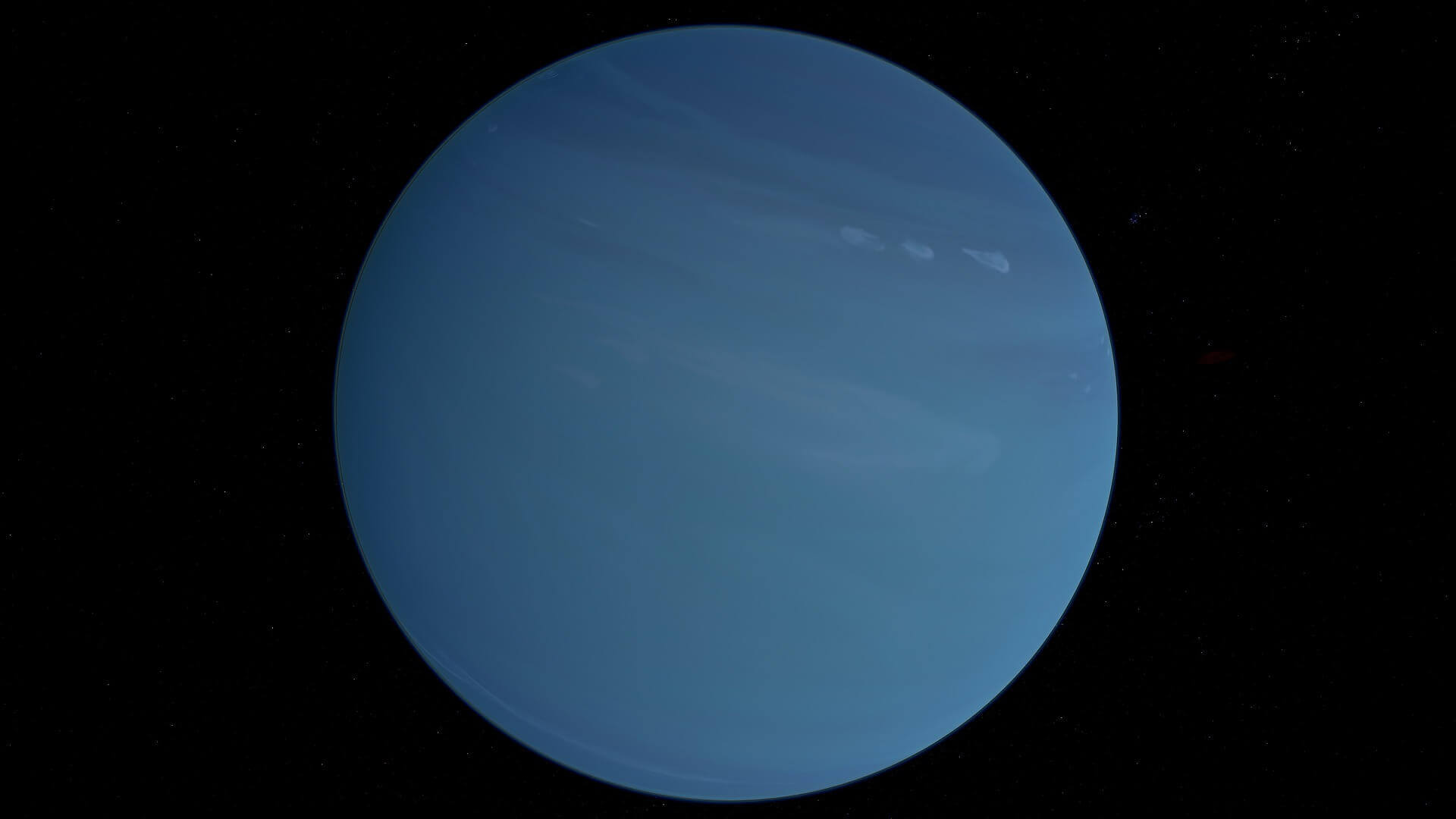 The seventh planet in the solar system from the Sun, Uranus, has the largest diameter after two other planets, Saturn and Jupiter, in the solar system and is known to exist 2.9 billion km away from the Sun. Discovered in 1781 by William Herschel with the aid of a telescope, Uranus was originally considered to be a star or comet. After two years, in 1783, Uranus was accepted universally as a newly discovered planet by Johann Alert Bode.

On the suggestion of Bode, the scientific society named the new planet Uranus which means the Greek God of the Sky. The planet’s atmosphere is made of helium (15.2%), hydrogen (82.5%), and methane (2.3%) which gives it a green-blue color. 80% of the planet’s mass is a mix of methane, water, and ammonia ice, giving it a giant ice structure and a magnesium silicate and iron core.

Uranus was the second planet after Saturn, whose rings were discovered. This discovery allowed astronomers to realize that it was common for planets to have this feature. It was discovered that Uranus has 2 ring sets: the inner and the outer system.

The inner ring system has 9 narrow, and dark grey colored rings, while the outer system has two rings that are distant from each other. The innermost of these rings is reddish, while the outermost one is blue, similar to Saturn’s ring. The larger rings also have belts of fine dust around them. These rings were discovered with the help of the Hubble Space Telescope. In total, scientists have discovered 13 rings around this planet.

Depending on the rings’ distance from the planet, they were given names based on Greek Alphabets including names like Alpha and Beta.

A study performed in 2016 stated that the rings around Uranus resulted from the tearing-apart of dwarf planets. Due to the strong gravities of planets, these dwarf planets tore down, leaving behind remnants that combined to form these rings.

In total, Uranus has twenty-seven moons that are known. The names of all these moons pay homage to the poetry, plays, and characters of Alexander Pope and William Shakespeare. The inner moons of this planet are made up of rock and water ice in almost equal proportion, while the limited information that we have of the outer moons tells us that they are made of asteroids. Uranus’s largest moons, Titania and Oberon, were discovered by William Herschel in 1787.

Ariel has the youngest and brightest surface out of all Uranus moons. This moon is 11 times smaller than Earth, and its surface has numerous craters, both large and small, along with intersecting valleys. It also has a prograde orbit along with a low eccentricity and inclination.

Miranda, the smallest and innermost satellite of Uranus, has 8 satellites. These satellites cause overcrowding and increase the chances of collision. Miranda has a unique surface that is not similar to the surface of any other planet in the solar system, as deep fault canyons, and terraced layers make up its surface. The canyons are 12 times deeper than the Grand Canyon. Miranda’s features have been discussed extensively, yet scientists have not been able to understand the exact processes that caused the formation of this moon. It is also known to have a slightly inclined orbit.

Titania was observed closely only once in 1986 when a US Voyager traveled to the Uranian system. its surface has large, bright craters that approximately have a diameter of 50 km. The most typical feature of the Uranian moons: the natural grey color is also a feature of Titania. Scientists also claim that this moon is geologically active and has fault valleys and deposits of highly reflective material.

Lastly, Oberon is one of the largest moons of this planet, which was discovered in 1787, but not much was known about it until January 1986. It is heavily crated, indicating internal activity and consisting of rock and ice in equal proportion. Dark, unidentified material is also known to be found on this planet. The largest mountain in Oberon is 6km high.

The magnetic field of Uranus is generated by convectional currents in an interior that conducts electricity. Unlike other planets’ yields, it is tilted, resulting in a 60 degrees distance between the magnetic axis and rotational axis. This results in 10 times greater strength in the northern hemisphere than in the southern hemisphere. A study conducted in 2017 also indicated that the unbalanced magnetic field of Uranus might result in it flickering during every rotation.

The planet’s tilt results in 20 years of extreme seasons, with half of the planet experiencing dark winter while the other half is experiencing extremely hot weather. Astronomers got their first glimpse of the planet’s summer storms in 2014. This was seven years after the planet had been the closest to the red planet.

The planet is also known to have diamond rain which falls when hydrogen and carbon compress under high pressure and heat, resulting in the formation of diamonds. These diamonds then settle around the core.

Other Fun Facts About Uranus

Uranus is often considered the most interesting planet to be studied because of its unique features and limited knowledge. The planet has a lot of scope to be explored because of 13 rings, 27 moons, a unique atmosphere, and much more.