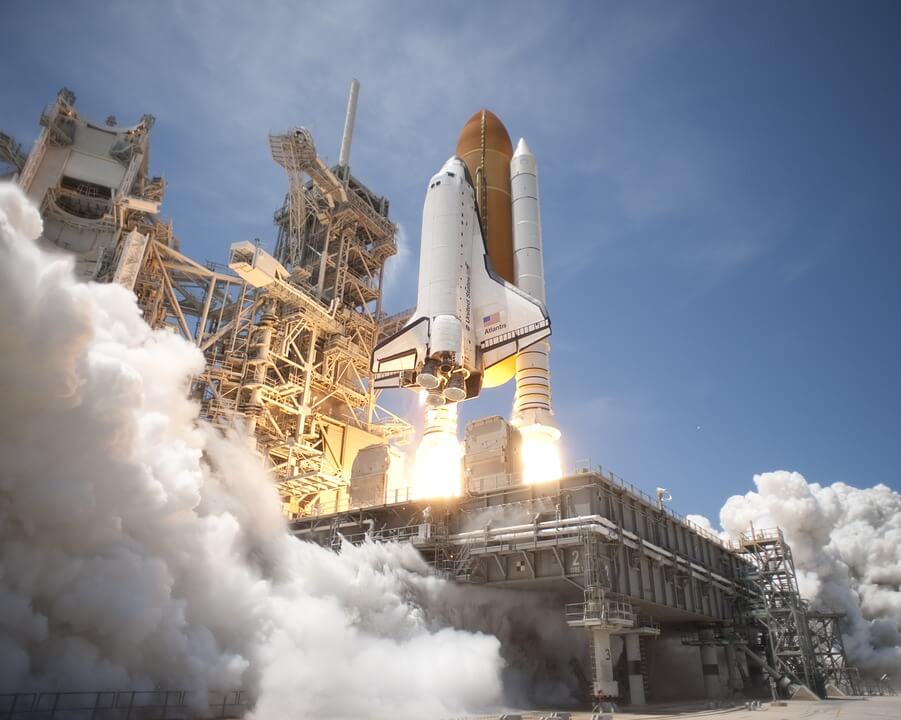 It is safe to assume that the interest human beings have had in space is as long as our history itself. And we have explored as many questions as possible looking for answers that tell us more about our origins.

Sometimes, those questions have also led to exciting fictional storylines in our movies. Whether you’re a fan of the Star Wars franchise or are into plots that mix action with the apocalypse creating movies like Armageddon and Deep Impact or like mind-bending thinkers from Christopher Nolan like Interstellar, there is a space movie for almost everyone.

And if movies are not your thing, then maybe you’re chasing Neil DeGrasse Tyson’s Cosmos (or think you’re too good for his theories) or any of the many documentaries from the National Geographic Channel. No matter where you are on the spectrum, at some point in your life you have probably wondered—how long does it take to get to space? For that, we must start by understanding the definition of space.

How Long Does It Take to Get to Space?

Now, space seems like an infinite region with no beginning and probably end either. While that’s enigmatic to think about, it is not technically true. In terms of logistics, space begins where the Earth’s atmosphere ends. That is about 62 miles upwards from the ground.

You reach this point after you cross the Earth’s thermosphere and enter the exosphere after which you will encounter a vacuum in space. This line of demarcation between the Earth’s atmosphere and space is called the Karman Line and it is an international standard.

It has operational uses too considering any object that is on the other side of this line floats around in space while anything inside it gets sucked into the Earth’s atmosphere.

Interestingly, during the ascent when they are trying to match this orbital velocity, the astronauts actually experience three times the amount of gravity as they would on the ground. And once they match the velocity, the engines go quiet reaching zero acceleration.

At this point, they go from thrice the amount of gravity, which is called 3G, to zero gravity and achieve weightlessness as they are in orbit. They don’t really need the engines at this time because they need to move at a constant speed.

Here, the shuttle moves at the same speed as the Earth which is 17,500 miles per hour. This is the constant speed at which the International Space Station moves but at this speed, astronauts cannot actually feel any movement. If they want to know whether or not they are moving, they have to peep out and check the rotating Earth like the rest of us down here.

While that is the definition of space, there are other sub-categories that make it worth giving the area a name as infinitesimal as “space”.

For instance, the region called outer space is obviously as infinite as our imagination. That is why, reaching any destination, even the International Space Station, is not the easiest task in space.

All the objects in our Solar System are constantly revolving around the Sun. This means nothing is ever stuck in one place. So, if you compare it to walking on Earth with a map, consider this.

So, when you make a trip in space, you can’t just point where you are going and get going. You need to target a point in its orbit and get to it at a time when the destination also gets there so that you can run into it.

A good example of this would be the docking scene from the movie Interstellar where Cooper decides to match their rotations (measured in rotations per minute or rpm) with that of Endurance’s spin in order to dock.

That’s why trips to space are often in spirals. You need your shuttle to get into the orbit of your floating destination so that you can cross paths. And then it takes a certain level of engineering for one moving piece (aka the shuttle) to park on to the other (aka the ISS or any other planetary body). So, it takes more time to reach a spot in space than it would on Earth where we move in straight lines.

This is also why there is no risk of a commercial airplane entering space because these plans travel horizontally for the most part and would need a lot more fuel to be able to reach the Karman Line.

Now, depending on your destination, your trip can be quick or take hours. Now, coming back to Earth from space takes a few hours to a few days if you haven’t wandered off into outer space. For instance, here’s the distance between planet Earth and several popular destinations.

The retired American shuttle used to take about 2.5 minutes to cross the Karman Line. The Russian Soyuz capsules which are now used for the same take about the same amount of time. So, it can be considered a standard for all launches. And yes, that includes the trip taken by Amazon’s Jeff Bezos.

But the most powerful operational rocket in the world belongs to tech billionaire Elon Musk’s SpaceX called Falcon Heavy. And it takes 3 minutes, 24 seconds to cross the Karman Line.

Obviously, this is not the easiest thing in the world. The journey to space is physically and mentally extremely demanding which is why astronauts prepare for months. They must pass a series of complicated examinations and work on several simulations depending on what the mission is to be able to qualify to travel to space.

The simple answer to the question—how long does it take to get to space is about 2.5 minutes. How long it takes for any shuttle to reach a specific point in space ranging from the International Space Station to a faraway planet depends on the type of spacecraft and the definition of the mission.

That’s why back in 2010, a NASA astronaut said that it would take three days to get to the ISS. But over a decade later, we now know that it takes less than 24 hours to get there. Of course, if there are stops to be made on the way, it obviously takes a lot longer than that.