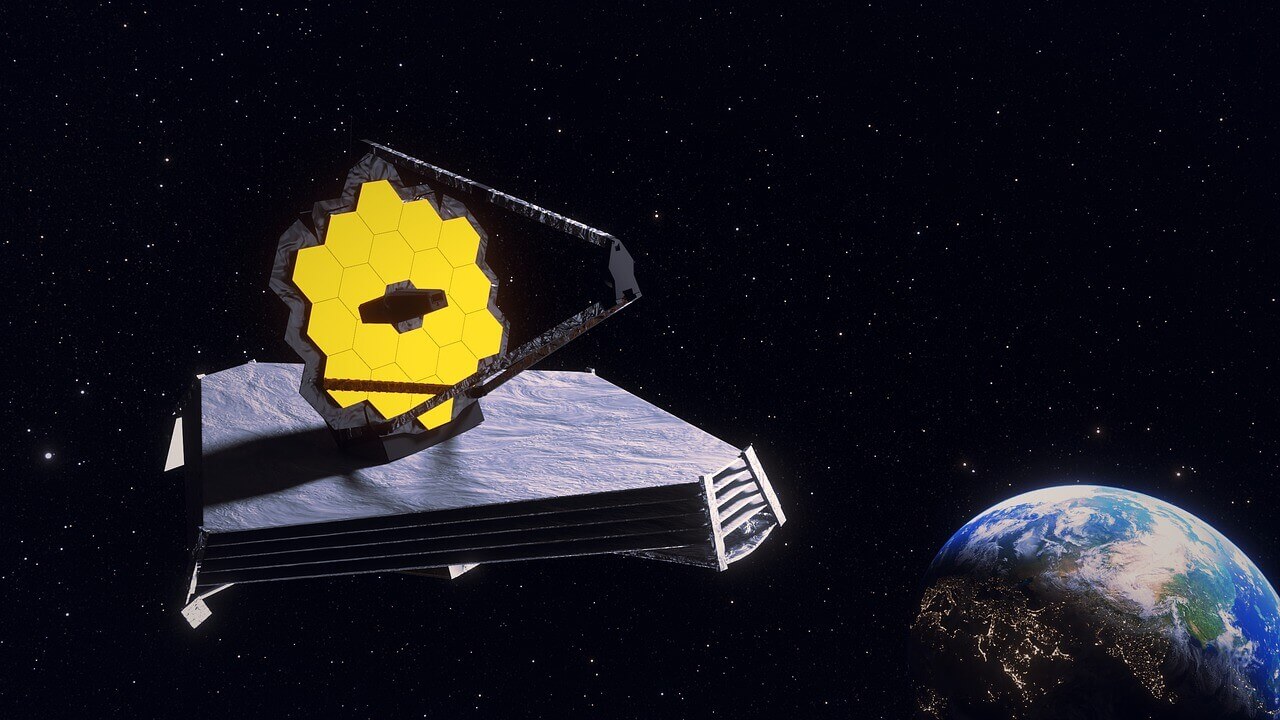 On June 1st NASA announced that a decade-long wait is finally over. The first full-colored
images and data from the James Webb Space Telescope will be revealed on July 12th, 2022.
The photos release officially marks the beginning of a new era in space discovery.

A collaborative effort between NASA, the ESA (European Space Agency), and the Canadian
Space Agency (CSA), the $10 billion observatory is unlike anything built before. As the most
complex and advanced spacecraft in history, deciding what would first be observed was not a
simple process. It took five years and an international committee to determine the target of the telescope’s first images, which have not been revealed.

“Our goals for Webb’s first images and data are both to showcase the telescope’s powerful
instruments and to preview the science mission to come,” stated astronomer Klaus
Pontoppidan, Webb project scientist at STScI. “They are sure to deliver a long-awaited ‘wow’ for astronomers and the public.”

The James Webb Space Telescope is the result of ambitious goals, years of mission planning,
and revolutionary technology. The Webb was built to go places never explored – like the edge of the observable universe and history itself. Webb’s capabilities hold the promise of discoveries so influential scientists aren’t able to predict them.

The Webb telescope is so powerful scientists don’t know what to expect from the first images
soon to be revealed. These will be the first full-color pictures and the first demonstration of
Webb’s full capabilities. Early alignment images have demonstrated incredible clarity and
sharpness. There is no doubt the long wait will be worth it.

“Of course, there are things we are expecting and hoping to see, but with a new telescope and
this new high-resolution infrared data, we just won’t know until we see it,” said STScI’s lead
science visuals developer Joseph DePasquale.

After launching on December 25th, 2021, and unfolding in orbit, Webb reached its place in deep space. The telescope found home 1.5 million kilometers (930,000 mi) from earth, orbiting the sun. Since then, Webb has spent months preparing to begin observations. Webb has cleared milestones such as mirror alignment, testing optics, and complete alignment during these preparations.

The infrared technology of Webb’s telescope was carefully engineered to answer questions. The list of discoveries hoping to be made and the questions hoping to be answered using Webb is long and bold. Astronomers will be able to observe the first galaxies and stars in the universe and solve mysteries surrounding our universe’s origins.

“The release of Webb’s first full-color images will offer a unique moment for us all to stop and
marvel at a view humanity has never seen before,” said Eric Smith, Webb program scientist at
NASA.”These images will be the culmination of decades of dedication, talent, and dreams – but they will also be just the beginning.”

NASA released a press statement on June 8th that after a short time in orbit between May
23-25th, 2022, one of the James Webb Telescope’s 18 gold-plated mirrors sustained an impact
from a micrometeoroid. The impact was more significant than the team could’ve tested for on
the ground. Although carefully engineered to endure the unique hazards of space long term, the micrometeoroid was larger than expected. The rock was not part of a meteoroid shower, and NASA has deemed it an “unavoidable chance event.”

“We designed and built Webb with performance margin – optical, thermal, electrical,
mechanical – to ensure it can perform its ambitious science mission even after many years in
space.” said Paul Geithner, technical deputy project manager at NASA’s Goddard Space Flight
Center in Greenbelt, Maryland.

Webb’s capability to adjust mirror position allows for partial correction of the effects of the
incident. Engineers are able to adjust the impacted segment, allowing them to cancel out part of the resulting distortion. Unfortunately, repairing all degradation this way is not possible. Despite this, the images taken will remain impressive.

“After a successful launch, deployment, and telescope alignment, Webb’s beginning-of-life
performance is still well above expectations, and the observatory is fully capable of performing the science it was designed to achieve.” said NASA in their press release on the micrometeoroid impact.

The Webb team continues to calibrate and test the telescope’s instruments. Once the
engineering and science teams give the go-ahead, the first images and spectroscopic
observations by the telescope will be made. With only a short period until the photos and data’s release date, the countdown is on until there are new discoveries about the universe.