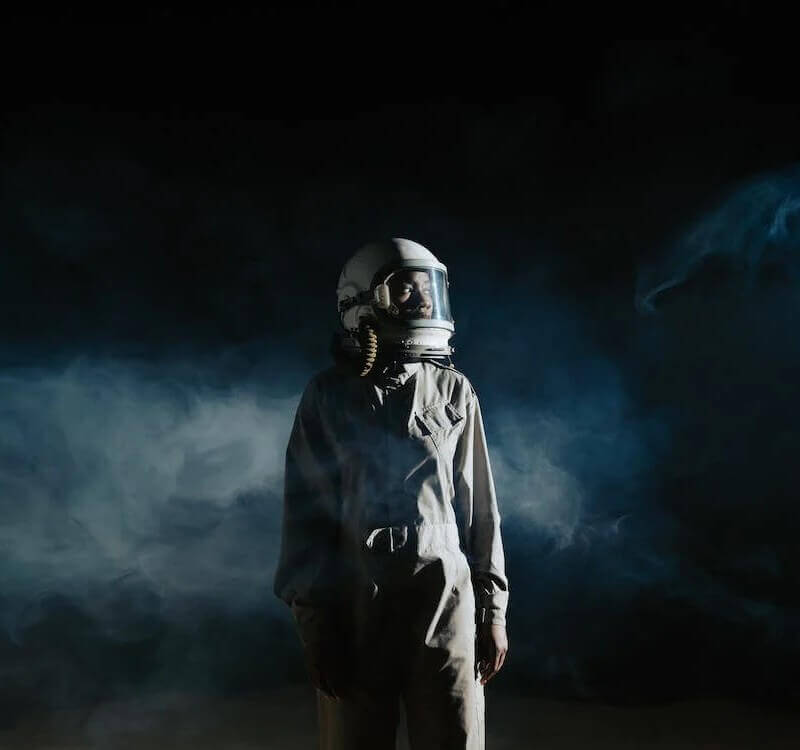 But if you’re one of those who likes it because it demonstrates the audacity of hope, well, you’re not alone in that either. But it does bring everyone back to basics. It raises the fundamental question of how long an astronaut can really stay in space and what it entails.

Let’s take a look at that reality.

Contents hide
1. The Simple Answer
2. The Physical Impact: What Really Happens
2.1. Zero Gravity
2.2. Radiation and Other Light Sources
2.3. Return to Earth
3. Length of a Mission
4. Conclusion

Well, we’re still trying to find the exact answer to this. And that’s not a bad thing because we are developing technology at a rate that allows us to break records almost all the time.

If you’re looking for a specific number that tells you how long an astronaut can stomach it in space, the number as of today is 437 days. This record was set by a Russian astronaut called Valeri Polyakov.

But the devil is in the details here. If Polyakov holds the record for the longest human to stay in space continuously. If you’re looking for the record holder for the total number of days spent in space, that honor belongs to Sergei Krikalev, another Russian astronaut. He was in space for 803 days over six different flights.

The Physical Impact: What Really Happens

If you’re looking to understand how a spacation (no, that’s not a real word) is made possible, you will need to understand how it impacts the human body. We have gone through many, many phases of evolution, but our body can still only function well when there is gravity.

The inescapable truth of going to space is that most of the time, we have to escape the Earth’s orbit and hence be out of the reach of its gravitational pull. That’s the first challenge of existing in space.

In fact, the trouble starts right after the astronauts lose the Earth’s gravitational pull. The environment around them isn’t what the body is meant to be able to handle on its own. As a result, there will be fluid in their legs. The bottom half of the body organically starts to move upwards and that’s not good.

The astronauts will also experience some swelling in their face and they will feel it too. They have also reported some congestion and headaches occasionally. But none of it is really very serious.

Sometimes, they feel dizzy in the beginning for a few days. But they are able to shake off that feeling in a matter of three to four days once they are used to zero gravity. But they have to keep exercising to make sure that their bones and muscles work properly. And that’s the next part.

Our muscles are conditioned to function against the Earth’s gravity and when that doesn’t happen, they deteriorate slowly. In fact, the heart muscle shrinks as a result of this deterioration. And when bones don’t have the job of supporting our body weight, they go into a state of neglect and don’t do any housekeeping on themselves.

The bone tissues are not rebuilt as they need to. That results in problems like kidney stones and fractures. Research also tells us that if astronauts spend too much time in space, their immune system takes a hit. This makes them hypersensitive, vulnerable to attacks from pathogens and some unwanted autoimmune problems.

Radiation and Other Light Sources

Astronauts are also at risk of exposure to dangerous radiation. They are out there without protection from solar radiation, solar cosmic particles, galactic cosmic radiation and geomagnetically bound radiation.

If they don’t take precautions, being overexposed to these forms of energy can lead to cell mutations that might cause cancer, mutations in their DNA that might change their form and not in a good way. These are called epigenetic changes and some radiation can also cause death.

This radiation can also change bodily functions in ways that can deteriorate the bone marrow, weaken the immune system or cause cataracts in the eyes. Even with advanced shields, astronauts run the risk of being exposed to secondary radiation from energetic neutrons or gamma rays.

It is also important to consider that there are light sources (apart from the sun) out there in space that can cause significant changes to the human body. That’s why astronauts go through rigorous physical and psychological tests. That’s the next part.

If they’ve been out there for about six months, well, then it takes a few weeks to get back on track.

Length of a Mission

A regular space shuttle has about five to seven members of crew. But there have been times when it was as low as two members and as many as eight. That’s because some missions have lasted only two days while others have gone on for 18 days.

The International Space Station (ISS) missions are referred to as expeditions and they typically go on for about six months at a time. These missions have three to six members of the crew on board at any given point in time.

The crews usually come from the US, Europe, Canada, Japan and Russia. The longest of such expeditions from the US space station has been flown by Mike Lopez-Alegria from NASA, who stayed there for a record 215 days.

Another astronaut, Scott Kelly, was the one to beat this record by staying in space for 340 days. Russian astronaut Polyakov recently went past that record and set the latest one for the longest stay in space at 437 days. If we’re looking just at the US, NASA astronaut Mark Vande Hei is the current record holder with 355 days in space.

But that’s not the only interesting thing about Vande Hei’s time in space. He was one of the astronauts who helped grow vegetables in Veggie or Vegetable Production System up there right inside the space station much like in The Martian. They tried to investigate how to build a system to produce food in space so that astronauts can get fresh vegetables.

He also provided samples to help investigate how the human body changes during a spaceflight over time. These are biological samples from the subject called Spaceflight Standard Measures and they help understand the “normal” trajectory of changes in space.

He’s also one of the first people to help formally investigate how one might perceive certain foods after repeating the same meals in space. We’ve all thought of that, right? How boring it can get to eat the same stuff over and over again!

Now, this is predictably called menu fatigue and the consequence is that astronauts may lose their appetite, experience deficiencies and may also lose body mass in the process. Understanding menu fatigue is expected to help us plan and execute better food systems for those who go to space.

So, while we don’t know how long an astronaut can stay up there, it’s only because we have rapidly developing technology and even though the astronauts need a certain level of physical fitness, we’ll have to see how their body responds to outer space.