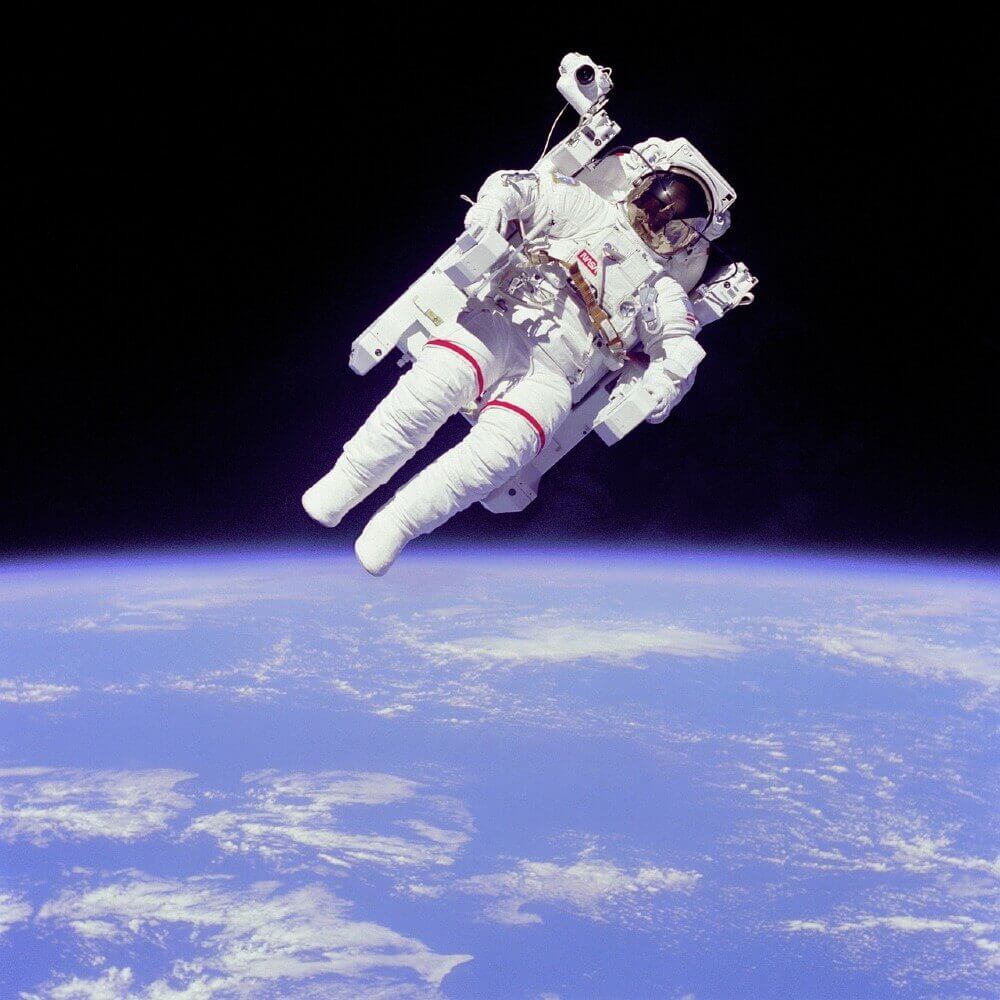 Ever since cosmonaut Yuri Gargarin achieved spaceflight in 1961, more than 600 human beings from all over the world have now been to space. But how do they make it back home safely?

If you have ever seen pictures or footage of an object entering Earth’s atmosphere from space, you’ve probably noticed the ball of fire that surrounds the object as it descends. The intense heat reaches temperatures of about 3000 degrees Fahrenheit (1649 degrees Celsius). In addition to this, capsules usually re-enter Earth at speeds of 7 kilometers per second, or 17,500 miles per hour, using only a few parachutes to slow them down right before landing.

Contents hide
1. What Helps Astronauts Back To Earth Safely?
1.1. Space Shuttle
1.2. Re-entry Capsule
2. How Do Spacecrafts Not Burn Up When Returning To Earth?
2.1. What If The Heat-Resistant Material Burns Up Too Quickly?
3. How Do Astronauts Slow Down When Landing?
4. What Happens To The Spacecraft Parts That Don’t Return To Earth?
5. Conclusion

What Helps Astronauts Back To Earth Safely?

Why don’t these things hurt the astronauts or the spacecraft? Well, luckily, most of these things actually help astronauts get back to Earth safely. To understand this better, let’s first take a look at two different types of spacecraft: the space shuttle and the re-entry capsule.

The space shuttle, sometimes called spaceplane, was used for low Earth orbital missions and transportation to the International Space Station (ISS) between 1981 to 2011. Its biggest appeal was the fact that it was reusable, unlike all of the other spacecraft that NASA used to achieve spaceflight, which were only made to be used once. However, they are no longer used due to the extremely high costs of making them.

A re-entry capsule is a portion of a space capsule that detaches from the craft and safely carries its crew back to Earth. It’s commonly used for the return from spaceflight missions, having a special aerodynamic shape and blunt bottom that serves as a heat shield. These capsules are usually smaller than 5 meters (16 feet) in diameter to keep their aerodynamic nature and are much less costly to make compared to the shuttle. Contrary to the shuttle, capsules are made to be used only once. However, this may not be the case anymore since SpaceX created the first reusable capsule called Crew Dragon.

How Do Spacecrafts Not Burn Up When Returning To Earth?

Earth’s atmosphere is made up of elements like Oxygen and Nitrogen. Even though they are too small to see, there are enough particles to create friction against the spacecraft and cause it to experience drag or air resistance. This drag force is the main factor in slowing down the spacecraft to safer speeds. However, this friction also creates lots of heat.

Spacecrafts are coated in a special material that alleviates the heat they experience. NASA’s Apollo missions built one-time use vehicles that were coated with an ablative material that burned up when coming back to Earth, absorbing the heat and protecting the astronauts.

Space shuttles are a bit different from capsules and command modules because they are designed to be reusable. These shuttles have insulated tiles and special heat-resistant materials, like Reinforced Carbon-Carbon (RCC), to help beat the heat upon re-entry.

What If The Heat-Resistant Material Burns Up Too Quickly?

This could possibly happen if the wrong Thermal Protection System (TPS) material is chosen. Many factors determine which TPS to use, including weight, processing, purpose, optical properties, and much more. Luckily, the scientists and engineers who make the decisions on which TPS material are experts, and there haven’t been any spaceflight injuries due to the wrong material being chosen.

However, even if all the right decisions are made, spaceflight is still more dangerous than we like to imagine, and accidents still happen. On February 1, 2003, the Columbia space shuttle was re-entering Earth’s atmosphere when it disintegrated only seven minutes before landing. All six American astronauts and the first Israeli astronaut in space were tragically lost.

The incident wasn’t because of faulty material but a piece of foam that broke off from the fuel tank during liftoff. The foam was meant to insulate the fuel tank, keeping it from forming ice while in space, as well as absorbing heat during re-entry. The Columbia disaster was a looming reminder to be wary of the dangers that spaceflight poses, even when all the right choices are made.

How Do Astronauts Slow Down When Landing?

Before a spacecraft even leaves orbit, it has to slow itself down to be able to begin its descent. For smaller capsules, the engines will engage for about five minutes to slow down the spacecraft. For bigger objects like space shuttles, the ship has to fully turn around and fly in the opposite direction of the orbit for a period.

After it’s safe to leave orbit, the space shuttle will tilt its nose up to an angle of descent of about 40 degrees; this is also called the “angle of attack”. The craft will take advantage of its blunt belly and enter the atmosphere belly-down to create more drag. Capsules will deploy parachutes to help slow their descent, and the explosion that happens right before landing is a way to reduce the shock upon impact. The descent and landing of a capsule are much rougher to the astronauts than that of a space shuttle, even being described as a “series of car crashes”.

What Happens To The Spacecraft Parts That Don’t Return To Earth?

After the re-entry capsule detaches from the space capsule and carries its astronauts home, the rocket boosters will fall into the ocean and be recovered and refurbished. For the pieces of the space capsule that detached before re-entry, they will continue to float in low Earth orbit until gravity eventually pulls them back down to Earth within several years.

The altitude an object is orbiting at will depend on how quickly it comes back to Earth. Objects orbiting at around 800 km (500 miles) will take decades to return, while objects above 1,000 km (620 miles) could take a century or more. Depending on the size of the debris as well, it could just burn up and disintegrate while re-entering the Earth’s atmosphere.

Watching a spacecraft re-enter Earth’s atmosphere and descend for landing can be quite scary, especially considering the falling speeds and the fire surrounding the ship. Despite the intimidating visuals, the spacecraft astronauts use are specially designed to withstand those extremely high speeds and temperatures. Both shuttles and capsules have blunt bodies that are directed flat against the incoming air to increase the drag on the ship, helping to slow it down. These flat surfaces also have shingles on them that serve as heat shields to absorb most of the scorching temperatures. In addition to this, the spacecraft also have special heat-resistant materials put on the nose, wings, and vital parts of the craft, keeping the astronauts safe. Sometimes, parts of the spaceship don’t return with the crew but will orbit the planet until gravity has pulled on it long enough to break it out of its path, sending it right back down to Earth.

Despite the obstacles and tragedies that have been accompanied with the advancement of space travel, huge leaps are still being made. The first ever reusable capsule, Crew Dragon, has successfully completed 20 flights, illuminating a new era for spacecraft. In the near future, there could also be new approaches to space shuttles, making them cheaper to produce and bringing them back into commission. Regardless of where the development of spacecraft goes from here, the past stands as a reminder that the first and foremost important factor is the safe return of the astronauts aboard those flights.