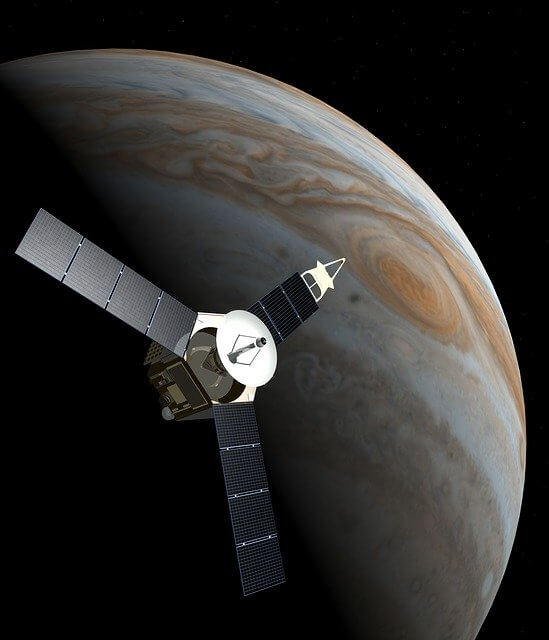 Robert L. Forward of Hughes Research Laboratories in Malibu, California, wrote a paper that highlights the utilization of lasers that are based on the solar system in order to push lightsail spacecraft of significant sizes across interstellar distances. This laser power system utilizes a Fresnel zone lens that measures 1000-km-diam. and is capable of concentrating laser light across interstellar expanses. One-way interstellar flyby probe missions utilize 1000 kg (or 1 metric ton), 3.60-km-diam. lightsail that is sped up to 0.36 m/s² via a 65-GW laser system to 11% of speed of light flying via α Centaura after 40 years of traveling. In contrast, a rendezvous mission utilizes a 71-metric-ton, 30-km diam. payload sail that is encapsulated by a 710-metric ton decelerator sail that is shaped like a ring and has an outer diam. of 100-km. Both are launched simultaneously at an acceleration of 0.05 m/s² by a 7.2-TW laser system until the point that they have achieved a 0.21 c. coast velocity. As the two near α Centauri, the interior payload sail separates from the ring sail and becomes a reflective surface that faces the ring sail. Then, a 26-TW solar system laser beam, which is focused by the Fresni lens, hits the denser ring sail, allowing it to accelerate past α Centauri. The ring sail’s curved surface directs the laser light back to the payload sail, reducing it to a stop in the α Centauri system after a 41 year mission time. In a third mission, a three-stage sail is utilizes for Eridani at 10.8 light year distance roundtrip manned exploration.

According to Robert L. Forward, in order for flight systems to have the capability of traveling over interstellar distances, they absolutely have to be significantly better than the flight systems that are currently used for interplanetary travel. Even a launch of a one-way, flyby probe to the closest star, which might seem simplistic, is, in actuality, a major task. Though it will be sure to take several years, if not decades, for the machinery that is necessary to be engineered to the required scale to allow for interstellar flight, it’s important to note that there are several emerging technologies that could be used for interstellar flight; that is, if the technologies are directed in the appropriate direction and if the necessary resources are used.

Many propulsion systems have been proposed for interstellar flight use. In fact, a comprehensive bibliography can be found within the Section 2 of Mallove, Forward, Paprotny, and Lechman bibliography on interstellar travel and communication. The current paper examines the possibility of one particular propulsion system. This system is a type of beam-powered propulsion in which the vehicles so-called engines are littered in the solar system and the power and reaction mass are then delivered to the remainder of the craft that carries the payload. It will use large lasers that are solar-pumped in order to turn sunlight into coherent radiation, sizable lightweight options to send the lightweight reflective sails that are transporting the coherent laser beam across interstellar distances, as well as large lightweight reflective sails that are transporting the payload that’s propelled by the momentum that is produced by the reflected laser photons.

Lightsails that are Propelled by Lasers

It seems that the idea of utilizing a spacecraft with a large lightsail was envisioned in 1924 by Tsander, potentially by a suggestion that was made by Tsiolkovskiy. The objective was to gain propulsive power from sunlight that was reflected and they were coined “solar sails”. In 1951, Wiley was the first American author to mention solar sails, who wrote in a magazine in the science fiction genre under a pseudonym. In 1958 and 1959, Garwin and Tsu were the first to detail the concept of solar sails in technical studies. The papers that were written by Garwin and Tsu illustrated that the solar sail appeared to show notable propulsion potential in the inner solar system; however, due to the fact that the flux of solar light drops off as the square of the distance to the sun, the capability of propulsion significantly drops if attempting to sail it in the outer reaches of the solar system. However, with that said, when utilizes as rocket ships, solar sails are unique, as they do not need reaction mass, nor do they require an energy source or an engine, and they can operate on a continuous basis without having to refuel. Currently, solar sails are being assessed for use as high-energy, deep-space missions, including missions that explore comets and asteroids.

In 1960, Maiman invented the first operational laser. Soon after, several other lasers were functioning at several wavelengths in both infrared and visible light spectrums. A lot had output light fluxes that were greater than the solar flux. Henceforth, lasers with a high flux of coherent light can be used as a solution for the issue that occurs as a result of decreasing strength with distance of incoherent sunlight, which would be a way to harness energy from the sun to a far lightsail that was exiting the solar system.

In 1962, Forward was the first to discuss the use of lasers as a way to propel a lightsail across interstellar distances. It also seemed apparent that the idea had to be limited for use with one-way flyby missions, as then, all a laser was capable of doing was pushing a lightsail away from the solar system and there wasn’t a way to arrest the sailcraft once it reached the targeted star. Though it may seem like the time-integrated light pressure created by a brightly illuminated start would be enough to decelerate a sail using close to relativistic velocity, it turned out that it was not.

In 1966, Marx reinvented the idea of using a laser-pushed interstellar lightsail. Because he was not willing to consider a laser aperture greater than 1 km², Marx had no other choice but to assume the utilization of hard x-rays as a way to gain the operational ranges that interstellar flight requires. The fact that it is not possible to construct an x-ray laser and a lightweight sail that can reflect the x-rays is what sparked Marx’s negative conclusion that the concept was not feasible. If Marx were willing to consider using a larger aperture transmitter, then the frequencies and sail requirements would have been a lot easier.