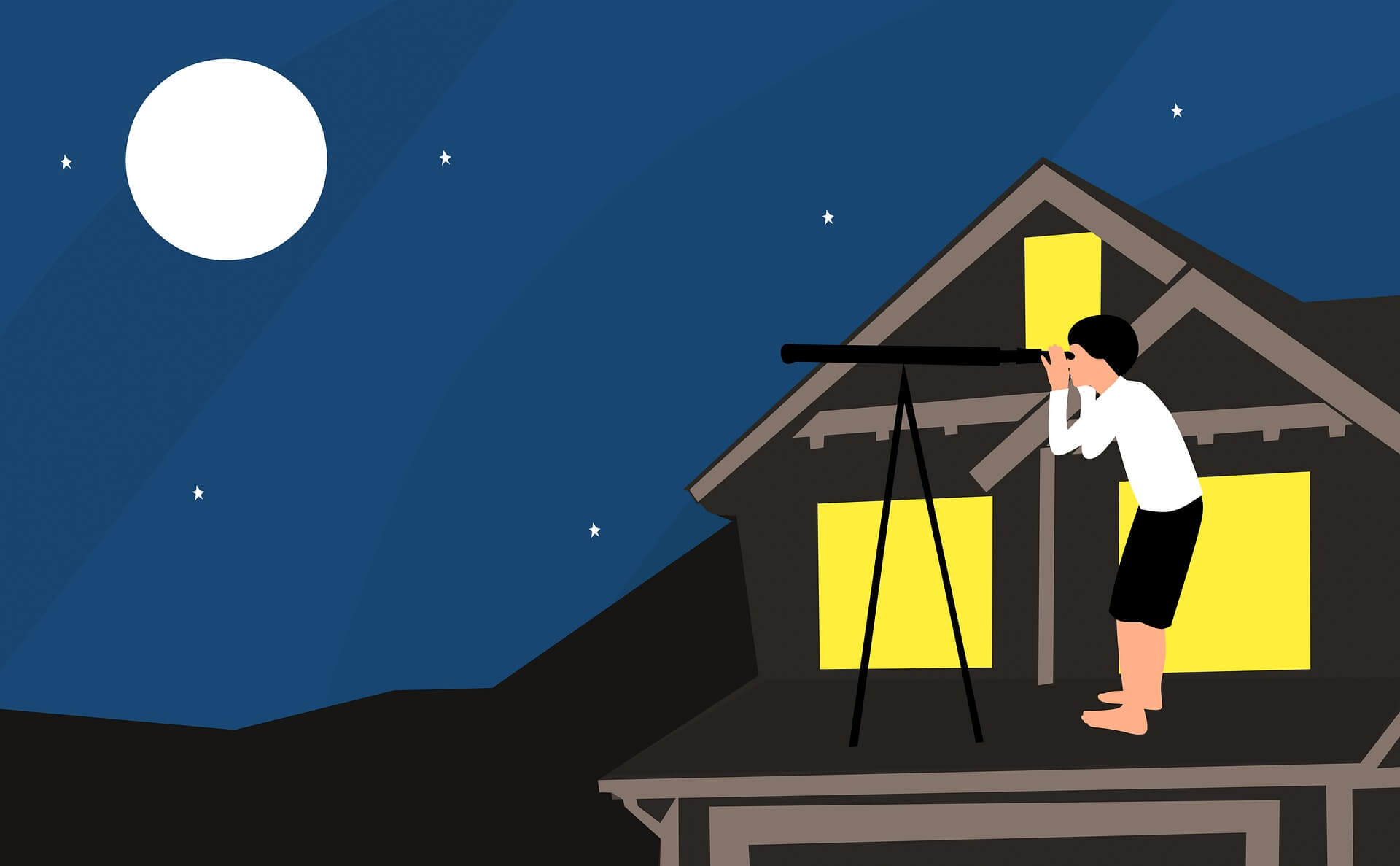 For virtually every historic event, theories about conspiracies arise; the assassination of JFK, Global Warming, and September 11, for example. There’s one theory, however, that’s perhaps the most hotly debated: the Apollo moon landings. There’s good reason for people to speculate these historical events, and determining whether they’re conspiracy theories or conspiracy facts requires ample research, proof, and documentation to confirm whether the happenings actually did occur, or whether the so-called conspiracy theorists are actually right. With that said, to prove the Apollo missions actually did occur, you might be asking yourself the following question:

“Can you see the moon landing site with a telescope?”

To determine the authenticity of the event, or confirm whether or not the Apollo moon landings that are said to have occurred back in 1969 actually did occur, a lot of people suggest that if they actually did happen, pointing a high-powered telescope up at the moon would confirm that the event was real. Why? – Because logic says that if the 12 men who supposedly walked on the lunar surface, including Neil Armstrong, Buzz Aldrin, Alan Shephard, and Gene Cernan actually did, the items they left behind at the landing sites (more than 70 vehicles, TV equipment, tools, and of course, Apollo 11’s landing module, would be visible through a powerful telescope.

Would that strategy actually work? In other words, could an advanced, high-resolution telescope (the famed Hubble, perhaps?) actually be able to see the artifacts that were left behind during the Apollo missions to confirm if they really did happen? Theoretically, yes, this simple strategy would work; however, practically (according to experts), it wouldn’t. While using this simple strategy does seem like it would be an effective way to prove that the moon landings actually did occur, it would require a massively powerful telescope in order to see the materials that were left on the lunar surface at the sites of the Apollo moon landings. While there have certainly been substantial advances in science and technology and the telescopes that are available today are more powerful than they have ever been, according to astronomers and other experts, even the most high-tech telescopes still aren’t powerful enough to hone in on and transmit images of the debris astronauts have left on the moon.

What to Look for on the Surface of the Moon

NASA claims that there were a total of six missions that successfully landed on the moon, and those missions resulted in 12 men walking on the lunar surface (it’s even claimed that one hit a golf ball). Each of the Apollo missions left artifacts and debris behind at the sites where the landed; flags, footprints, blast craters, moon rovers, and the base of the lunar modules, for example. While yes, some of those items are small, others – like the roves and modules – are pretty big, so you’d expect that you would be able to see them if you were looking through a high-powered telescope.

Choose any of the landing sites, point a powerful telescope over it, and unfortunately, you aren’t going to see any signs of the items that the astronauts left behind. Despite what logic dictates, the size of the larger items that were left behind on the lunar surface doesn’t mean that they’re visible through a telescope. Why? Well, according to experts, it has to do with resolving power.

According to dictionary.com, there are two definitions of resolving power. The first definition refers to optics, or an optical device’s abilities to generate individual images of close items. The second definition refers to photography and the degree to which a lens or a photographic emulsion can successfully define the details of the images it captures.

While it’s true that the more powerful a telescope is, the easier it will be for it to differentiate and generate the images of individual items that are within close proximity to one another. Technically speaking, the resolving power of the telescope is high. With that said, whether an item in space is visible through the lens of a telescope depends on the resolving power of the telescope, and that, in turn, largely depends on the size of the lens or the mirror that is used.

In regard to options, there’s a very basic formula that is used to determine a telescope’s resolution power: R = W/D. “R” stands for “resolution” (in radians), “D” stands for “diameter of the aperture of the lens”, and “W” stands for “wavelength of light.

What About the Hubble Telescope?

The Hubble telescope is the largest, most powerful telescope on the planet. As such, you would certainly expect that it would be able to transmit images of the debris that was left behind on the lunar surface at the moon landing sites, right? Well, not exactly. Why? – Because of the Hubble’s resolving power.

The diameter of the Hubble is 7.9 fees (or 2.4 meters), the wavelength of visible light ranges between 400 and 700 nanometers (so let’s average that out to 600 nanometers to make calculating easier). Now, input those numbers into the formula mentioned above – R = W/D – and the Hubble’s resolution is roughly 2.5 e-7 radians. So, according to those calculations, the smallest object that the Hubble telescope can see has to be a minimum of 96 meters in size!

What size are the artifacts and debris of the items that were left on the surface of the moon? Here’s an overview of the size of just some of those items:

So, can you see the moon landing site with a telescope? Well, given the above-mentioned information, no, you can’t; not even the Hubble telescope is powerful enough to capture images of the moon landing sites. Wonder how it can capture such clear images of items that are so far away, though? Good question, but that’s something that you will have to dive into on your own.

In conclusion, no, you cannot use a telescope to confirm that the moon landings were real; however, there are several images that NASA has captured and that have been published in various locations, including their website, books, TV shows, etc. Does that mean the Apollo moon landings actually happened? That’s up to you to question and determine for yourself.